MPP One Year In 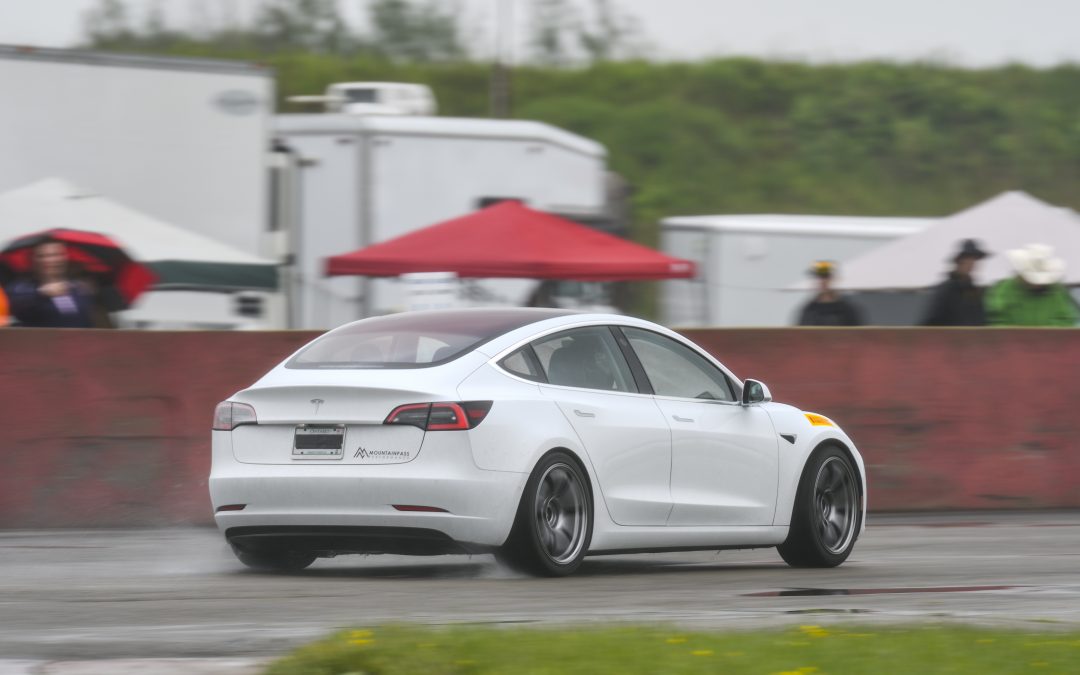 Hello dear Mountain Pass fans and customers! We’re just about one year in now since Mountain Pass Performance has been founded, and what a year it has been! I think if you asked us when we started where we thought we’d be in a year, it wouldn’t have been anything close to this.

We’ve become one of the leading Tesla performance brands, and we help a countless number of you improve the athleticism of your Tesla Model 3’s. We also help prepare those of you that are interested in going to the track – something we were hoping would catch-on, but we never dreamed that after only one year there would be so many people thrashing their cars on racetracks around North America!

Our products seem to be a big hit and we’re so thankful and appreciative of all of our wonderful customers that have been patient with us as we go through some early growing pains. You could say that our biggest self-inflicted wounds come when we’re just so excited about a new product we’re developing that we post it up, and then take pre-orders a little bit earlier than we should! We’ve learned that lesson and now, despite being excited and wanting to share, we’ll be keeping everything quiet until we can get it into your hands in a timely manner – we’re sorry!

I would like to think we are also going to do a better job of making enough product for your hungry appetites. To this day we haven’t been able to catch up on our camber and toe arms because they are being purchased faster than we can make them! Larger runs should help us avoid these issues in the future.

The adventures we’ve had with our own Model 3 have been incredible, I can’t actually believe its only been nine months. We received our car at the end of May, and since then we’ve had it on the racetrack about five or six times, it has won and been disqualified from its class for being too fast, raced alongside our Tesla powered Lotus Evora at a major Time Attack festival in Michigan, and we’ve even put some other talented drivers behind the wheel to see how they like it (they loved it!!)

The car has been taken apart more times than we can count, I think we’ve had the suspension on and off about 10 times now! While The Future is certainly our development mule, you’d never be able to tell because Jesse does such a great job giving it love each time he takes it apart and puts it back together. Aside from being a development and track car, our Model 3 is by far the best daily driver I’ve ever owned or driven. The efficiency is better than advertised, the comfort and serenity of driving this car are unlike anything else I’ve experienced. But you all know that already!

We also had the pleasure of making multiple trips to California to do development work during our Canadian winters, and to come to compete with a Performance Tesla Model 3 in one of the most competitive Time Attack series in the world! I have to thank Cameron Rogers for putting his trust in us and allowing us to rip his car apart, and for allowing me to drive it and set it up for Global Time Attack.

That event was one we’ll remember for a long time, and I’m so proud of how well we did considering it was our first time at that circuit. The car ran a 1:59 on street tires – something that is pretty rare for any type of car. We were the fastest car in our class, although un-officially. At the time of writing I believe the next fastest time for a Tesla at the track on true, Non-R-compound street tires is over a 2:10.

Our plans for 2019 include more products, more technical information to share with you all, and soon a focus on some new platforms as well. While we love the Model 3, there will be more cars coming in 2019 and 2020 that will make for great, fun electric cars and we want to help support the performance aftermarket for these cars as well!

Our main goal is to get people off of gasoline powered transportation, so let’s all do our best to share how incredible these cars are, and help get people on-board with EVs. It’s not often that the better, more fun, more luxurious choice is also the choice that is the best for the planet. In the case of EVs it very much is, and it is at a time when our planet really needs all the help it can get. So don’t be shy – bring it up and make it an issue!

Thank you for your continued support. We couldn’t have gotten to where we are without all of you trusting a small startup company with your hard earned money, and we won’t forget that. Looking forward to seeing you at the track in 2019!