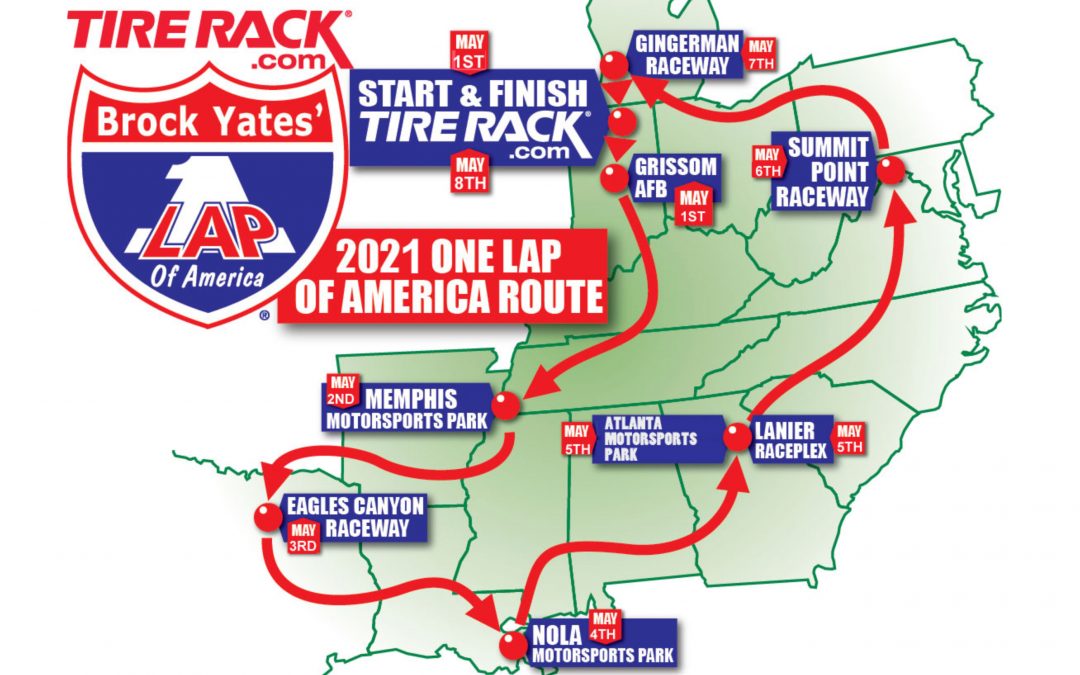 What an adventure. What originally started as the Cannonball run in the early 1970’s, organized by automotive legend Brock Yates, has turned into what is now known as the One Lap of America. Almost as wild as the dash across America – although far less illegal, One Lap now tests competitors who need to travel down and back up the entire east coast of the United States in a week, while also competing each day on a racetrack along the way. So it’s race during the day and travel during the night for almost 10 days!

After Atlanta and Summit Point, Team Track My EV (Chris Hatch) and teamPGR (Andrew and Chad) are separated by only 10 points!

It’s exciting to see that the only cars ahead are high end sports cars, so these Model 3’s are really punching above their weight class – and people are taking notice. Way to go guys, and good luck with the last few events!

What is One Lap Of America?

You couldn’t pick a more challenging event for an EV – as the need to cover massive distances is made more challenging by the need to stop at supercharger stations along the journey. But that is exactly why Chad and Andrew at PGR, and Chris Hatch from TrackMyEV.com wanted to prove just how capable EVs, and specifically Tesla’s, are in these kinds of competitions.

The competition events are actually reasonably well suited to an EV, considering many are relatively low-speed such as autocross and drag races. However there are fierce competitors – with professional drivers. Cars entered including the likes of McLarens, Corvettes, and Porsche 911 Turbos. There are over 70 competitors in this race!

Luckily both teams are far from running factory Model 3’s. Both cars are equipped with nearly the full range of MPP parts, including some prototype parts. Both cars have MoTeC C125 loggers to record data, both cars are using MPP Sports Suspension, along with a wide range of our MPP suspension arms and brake components. Team PGR has our prototype MPP.R Wing found on the PGR car, and Chris Hatch has some exciting prototype cooling parts. Hopefully, that helps the guys fight with all of those Porsches!

However, it’s not just about the car. It’s a grueling test of endurance to see who can last the entire week without faltering, and sleep is a rare commodity at this event. But the guys will need to find time for it – sleep should never be underestimated in racing.

How Are They Doing?

At the time of writing, we’re 4 days into the event and the two teams sporting MPP livery are neck and neck, in 16th and 18th overall. Look at the cars that they are in close contention with!

The competition has made its way down to New Orleans and will start the trek back north in the coming days, stopping in Atlanta tomorrow, Summit Point on the 6th, and then Gingerman on the 7th.

We’ll continue to post updates as they come, but let’s wish these guys all the best on their adventure! I encourage you to follow them both on social media directly using the links in the Instagram embeds on this post. You can also view results in real-time by vising the One Lap of America website here