MPP Spring Update – Podium At One Lap Of America!?!? 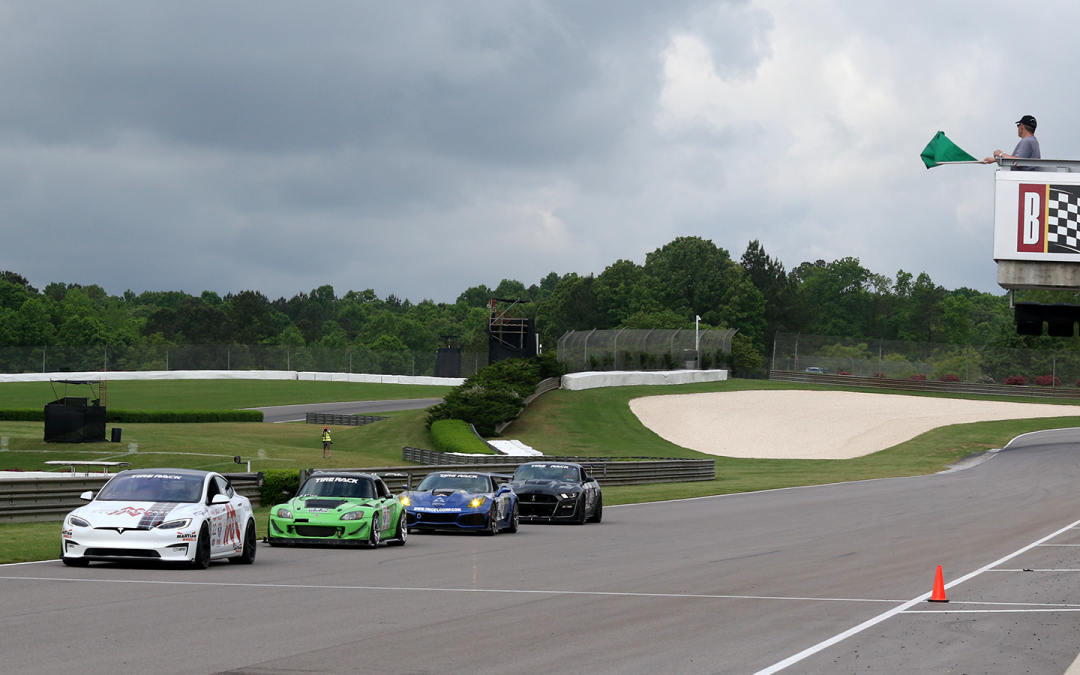 Hey MPP fam! I hope you’re all doing well as the summer is breaking. We’re enjoying some incredible weather up here in Canada after our painfully long winter, and it’s getting us very excited for racing season!

Speaking of racing, the TeamPGR guys just finished the One Lap Of America event – a week-long, 3500-mile endurance racing event where you spend every waking minute either racing or driving between racetracks across the eastern USA. If you’ve been following our previous blogs you know that we’ve been working on the TeamPGR Plaid for the last few months. It was a big effort and the results certainly paid off!

The event didn’t quite start off on the right foot, with a terrible result on the wet skidpad that left the team 53rd overall. To this day, we don’t know why the car is struggling so much in the wet, as the Model 3 with a very similar mechanical setup is exceptional in the wet! The next event was Autocross. Now you can imagine that a Model S might not be the strongest car out there for Auto-X considering its size, but the guys were looking at a 6th overall finish if it weren’t for a pesky cone that got knocked over – the final result was 9th.

Following those two lackluster events was the Nashville Superspeedway Roval. And boy did the Plaid step it up. Andy piloted the car to a 1st place overall finish in both the morning and afternoon events – by a tiny margin over some extremely stiff competition, including a Corvette ZR1 piloted by an IMSA professional driver, a turbocharged DCT big aero S2000, a McLaren 720S, GTRs, GT3s… you name it it was there. And on this day, a 5000lb 4-door sedan beat them all! Incredible.

The ZR1 and S2000 ended up being our main competition, and over the next few road course events, the Plaid was consistently finishing 3rd behind those two. It was looking like the best possible finish would be 3rd – but One Lap is a Marathon, not a sprint, and there’s always the chance that something can go wrong on the transits between events, or a mechanical issue can develop and throw a wrench in the plans.

That wrench almost ended up being the weather. The drag racing, which the Plaid was obviously expected to do very well in – was canceled due to rain. That was a ton of points lost. And the car’s pace in the rain just wasn’t there – the acceleration and deceleration are great, as you’d expect, but the lateral grip was lackluster. It could be due to the torque vectoring, or some chassis setup issue that we have yet to uncover.

In any event, the guys held on to 3rd overall and by the last event, the dry skidpad, the gap to 4th was only 40 points – and each position is split by 5 points. That meant Andy needed to finish within at least 4 positions of a Porsche 911 on a dry skidpad. Yes, that 5000lb 4-door sedan needed to be within a hair of performance of a 3200lb sports car that is known for its incredible handling. Power won’t help here!

Would you believe it if I told you that the Plaid finished the dry skidpad with an average G force of 1.098 G’s, finishing 5th overall? In fact we even beat out the winning ZR1 Corvette and a whole slew of other “supercars.” And we were on run-of-the-mill PS4S street tires – not even R-Compounds.

So that was it, 3rd place overall at One Lap Of America. Who would have thought? What an achievement! We’re so proud of TeamPGR and the car, and happy that we could take the incredible foundation that Tesla built and improve on it.

There is a ton of media on the TeamPGR social media accounts, so I encourage you to check it out if you have some time! If you don’t know much about the car, you can also check out our Instagram account for more, but here’s a quick summary: The car has all of our production parts as well as a number of prototype components, such as MPP.R 3-way adjustable coilovers with complete air suspension delete electronics by MPP. There is also a Motec development ECU onboard that controls the power level of the car – so we were able to fine-tune the power deployment based on the track at One Lap to make sure the car never overheated.

We also have our 400mm “Easy Big Fella” brakes in the front and 2-pc rotors in the rear, and the brakes held up incredibly. We have multi-channel IR temp sensors on the front brakes which are displayed on the OEM UI, along with battery and coolant temps so that the team has information on the status of the thermals while preparing the car for a session, and to monitor while on track.

Last but not least, we have our prototype carbon splitter/diffuser, and a wing borrowed from our hybrid 350z – KERS Kels. The car makes some decent downforce thanks to those parts, and that no doubt helped the car find some laptime at the faster tracks at One Lap!

What About The Model 3 Though?

You might be reading this thinking, who cares – I have a Model 3. I don’t care about a Model S! Well, don’t worry we totally know how you feel and the Model 3 is still what holds our hearts <3. We’ve finally released our MPP.R swan-neck GT Wing for any of you hardcore guys, and we even have one sitting here in stock! We’ve created some aluminum inserts for the trunk that make the setup super rigid. It looks awesome with the 20×11 TE37’s we’ve fitted to our project car “The Future.” They hardly fit, but it’s pretty cool seeing those meaty 20’s under there.

We’re planning on running the car at a local time attack event later this month, so if the tires don’t rub too badly it should be a good event, although we are on street tires that are not very competitive compared to the series mandated Pirelli Trofeo R, so no promises on a win!

We are also prototyping a subframe lockout kit which will be available for sale very shortly following a racetrack test. The subframe bushings on the Model 3 are quite stiff, but our lockout collars are easy to install and will help to reduce a little bit of compliance in the rear of the Model 3 for the MPP.R crowd that want to get rid of every last bushing. We also have knuckle bearings on the way to finish off the last three spots of compliance. At that point, the suspension links will be 100% rubber free. Wow. We did it!

And What About Kels?

And finally, for those of you interested in the progress on our hybrid 350z racecar, we are finally putting some time into that project again, and will have some great updates to share on our social media pages.

We are currently in the middle of modifying BMW i8 battery modules to make them more robust as we had a failure with one of the OEM BMW high voltage cables, and the car has gone under the knife to remove almost 100lbs from an already gutted lightweight racecar.

There is also a new front end currently being produced by the same people that did the Model S splitter/diffuser, designed by a good friend of mine from Spain – so if you’re interested in hybrid-electric time attack racecars, I encourage you to keep a close eye on Instagram for some updates!