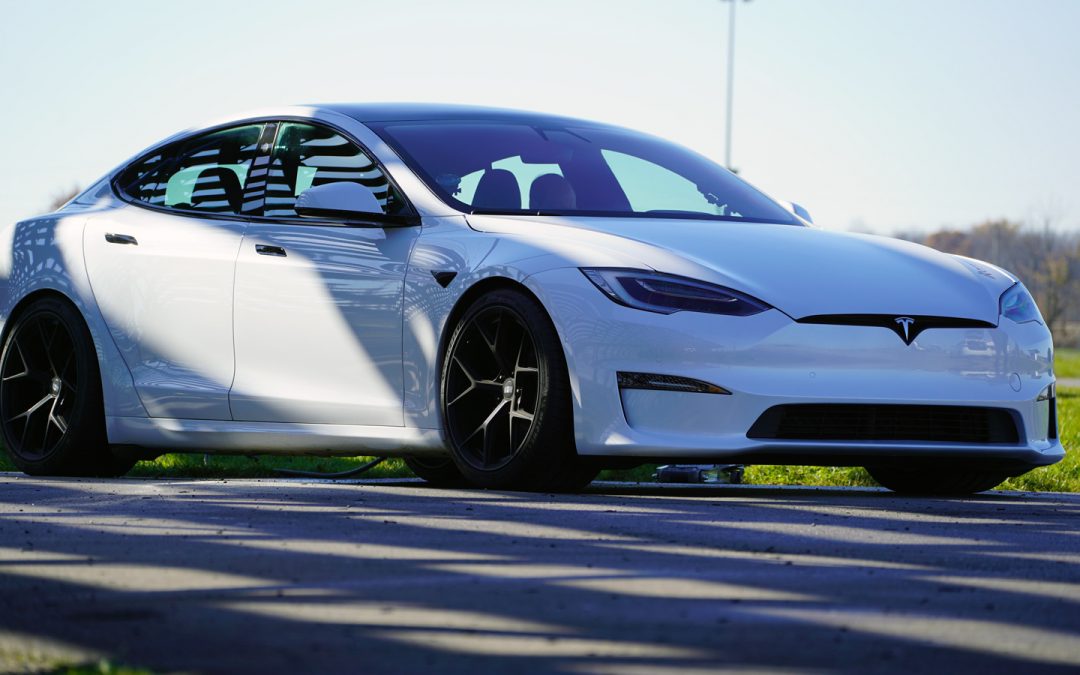 Hello everyone. It’s Remembrance Day today. I wanted to take this opportunity to reflect on the many things that our earlier generations have fought for – freedom, security for the future, health, and prosperity of all humans. For so many, these ideals were worth fighting and ultimately dying for, and today we remember them for their bravery and their sacrifice.

I encourage you to think about what those men and women who gave their lives would think about how we as a species continue to hurtle ourselves towards the worst effects of Climate Change. We do this in large part because we’re too complacent and comfortable in our day-to-day lives to get up and fight against the inaction that is delaying the progress required to fend off the worst effects of the changes we’re making to the only home we all share.

The latest Conference Of Parties (COP) is taking place right now, and the pledges and commitments that are being made are barely enough to move the needle – there is simply so much pressure on politicians from powerful lobbies and established industry that it is near impossible for them to move any faster. That’s why it is so incredibly important for the general public to express its outrage at the lack of progress.

Politics is simply a delayed response to the public’s popular opinion. And that delay increases with the power of those who can lobby the government for their own interests. The pledges are too little and the action to meet even those pledges hasn’t been happening. Many have commented on how dire the situation has become. COP started 26 years ago to address climate change, and if we’re honest almost nothing has been done. We are simply out of time.

So for that reason, we’ve decided that for Black Friday this year, we will offer a small sale – since we know that our Black Friday sales are becoming somewhat of a tradition, and we want to be able to do something despite having limited stock. So we’ll have a sale – BUT, we will require two things to be eligible for the sale.

Actually, instead of calling it a sale, let’s call it a “Climate Change Action Discount.” Maybe that will be less offensive to those of you who think companies like ours shouldn’t get involved in politics (P.S. companies getting involved in politics is one of the reasons movement on Climate Change has been so slow. P.P.S. The health of our planet isn’t really “politics”)

We won’t bother wasting time checking to see if each person that places an order does the above two items, and it will be based on the honor system. If you want to take part in the sale and not take the above actions, you can do that. We will never know. But you will. Of course, feel free to share the action you’re taking with your network – the more people that express outrage the more pressure we can apply. Now is a great time because those who work in the political world have COP26 at the top of their minds. Remember – it is now actually cheaper to install new clean energy than it is to continue with the status quo! That’s the most maddening part about the entire situation.

More details about the sale will be announced in a following post, and the sale will take place from Nov 24th to Nov 28th. Full disclosure – it will not be a big sale, simply because we can’t blow out the inventory we’ve worked so hard to build up and have a long list of backorders again!

Now, to MPP news. We’re happy to announce Project Plaid in partnership with TeamPGR. Andrew and Chad run TeamPGR and we’ve been supporting them in their efforts in the One Lap Of America (read here). TeamPGR has decided to step up to a Plaid for 2022, and we’re working with them to develop products to help them achieve their goal of winning the One Lap outright. It will be a very difficult challenge.

We first benchmarked the Plaid in stock configuration at Toronto Motorsports Park and invited our friends at Speed Academy to come along and experience this 1000hp machine. We found that there was room for improvement. A lot of room. Don’t mind the clickbait title.

Even before the car got to us we had already started on the development of a few parts, so once the car arrived we were able to move very quickly. We started with a set of KW/MPP.R Competition 3-way adjustable dampers. The installation of these dampers required the removal of the air suspension and active dampers, which meant that the car would complain about a number of faults. The car also imposed a 145km/h speed limit from the fault.

Air suspension leaves a lot to be desired on the racetrack, and while it is convenient on the road, when you’re looking for maximum performance it’s simply not the way to go.

That left us with no choice but to do a lot of CAN reverse engineering. We installed a MoTeC ECU (the same ECU that runs our Tesla swapped Lotus and our 700hp Electric Hybrid 350z racecar), and with some software work there are no faults or warnings on the dash, and we can even manipulate the suspension display on the UI, which we are using to display tire slip. It’s a fun feature because the output is graphed at each corner, so it gives a real-time visualization of how the car is fighting for grip putting down that 1000+ horsepower.

Continuing on, we developed sealed spherical bearings for the front tension and front lower control arm. A worthy upgrade as the OEM bushing had started to show signs of tearing after only one track day, of which we only did a handful of laps!

After 3d scanning, we also fully modeled the rear suspension to analyze the suspension geometry. From that, we’ve been able to make a kit to adjust camber and bump-steer in the rear of the Model S.

In the front, a prototype front upper control arm was designed and machined to allow us to fit the 20×11.5″ Martian Wheels in the front of the car, with a 315 Michelin PS4S tire. Some additional work was required, and we had to spend a lot of time to ensure no rubbing would occur on the racetrack – even in conditions where the car would be in a slide. It’s amazing how close it is to rubbing but doesn’t. There are about 6 different components that the wheel is less than 15mm away from at various points in the articulation of the front suspension!

We were also able to fault out the stability control, so while traction control remained active and the power delivery exiting corners was still limited, at least the entry and mid-corner was no longer being limited by extremely intrusive (5-10km/h loss of mid-corner speed) stability control. The downside is that in this mode we found a fault with ABS, which resulted in a couple of off-track excursions as it allowed significant wheel slip and rear tire lockups. So we’ve submitted this issue to Tesla and are quite confident it is an issue with the Bosch-supplied ABS unit. It’s really encouraging that Tesla is very interested in addressing this even though it only occurs when the stability control system has been faulted.

The above changes resulted in Dave Pratte doing a 1:16.3 lap time at the same track only 10 days after we were there with the car in bone stock configuration. After driving around the ABS fault on a very gentle lap, I did a 1:15.2 and am confident that we will be deep into the 1:14s or likely the 1:13s once we have full exit power delivery and can use the brakes at the limit. For reference our modified Model 3 on used RE71’s (R-compound tires) will do a 1:17 – so we’re looking at around 4 seconds per lap faster than a fully modified Model 3, on a very short track, with 300 treadwear street tires. The difference would be much larger on a higher-speed track where the Plaid can stretch its legs.

It took a lot of coordination and hard work to get all of this development done in such a short period of time, but it was required because it’s already Mid-November, and up here in Canada we often have snow by now! So we’ve just been racing against the weather to get the fundamental work done on the car. We’re quite proud of what we were able to accomplish in such a short period of time, and how well everything worked the first time out of the box.

One of the items that we didn’t quite get done in time were our lightweight two-piece rotors and front big brake kit. We’ll share information about that with you shortly, but no doubt it will be our most popular product for Plaid. The brakes need a lot of help! The good news is that those rotors should arrive here today so it won’t be long before we show some teasers!

I need to stop here and mention that I much prefer driving the Model 3 on the track – it feels nimble, pointy, light, responsive. The Plaid, even with our upgrades, just doesn’t give the same feeling. The slow steering rack and massively wide yoke make the steering inputs slower than the 3 (although it’s much, much more responsive with the bearing upgrade and front camber), and the brake pedal is vague, long, and woodlike. The inability to use that 1000hp until you’re dead straight leaves you frustrated and wanting more.

Track Mode is coming soon for the Plaid, and it should significantly improve things, but despite the lack of power, my heart is still with the Model 3! I don’t think the Plaid is a good car for the beginner and I would urge anyone with a Plaid that wants to go to the track to only drive it in Sport Mode. That gives you 700hp and is already too much. Until you master the car in sport mode, you should never go into Plaid mode on the track.

A video of our test with the modifications will be released shortly by Speed Academy, so stay tuned for that!

We’re happy to share that Levi and Jessica’s Solar Panels from Tesla have already been installed and are up and running! They also opted to add a powerwall at the same time as the solar panel installation, as well as replace their roof shingles so that they can have a maintenance-free roof for the next 20 or so years. They are ecstatic with how the process went and so excited to be producing their own energy. Congrats Levi and Jessica!!

Chris’ panels should be arriving shortly, Tesla just doesn’t seem to be quite as quick up there!

Below I’ve listed some organizations that we believe do good work in the fight. Please check them out yourself and pick whichever one feels like the best fit for you: