Suspension Tech – Firmer But More Comfortable? How Can That Be? 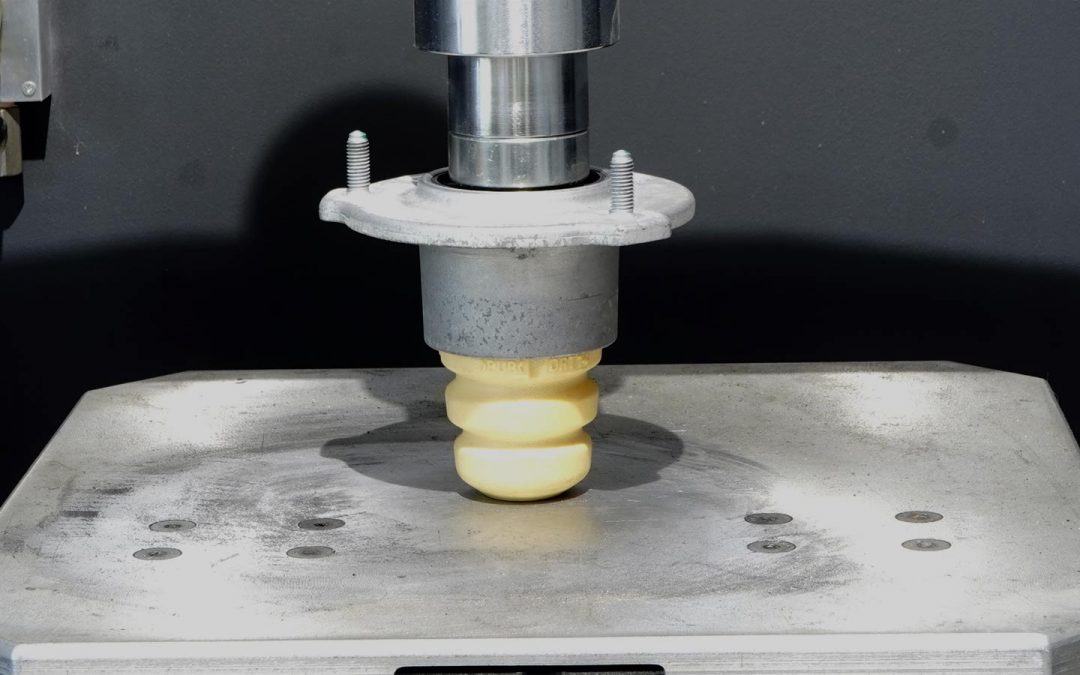 One of the reasons we always recommend people to go for a ride with someone that already has MPP suspension is because it is so difficult to describe specifically how the ride, feel, and performance changes compared to stock or lowering springs. It’s much more complicated than just “stiffer” or “softer.” One of the ways we try to describe the difference is by saying our sports suspension changes the vehicle into being “firmer” – yet it is still more “comfortable”, especially on the highway. Now intuitively that sounds like a massive contradiction, and it’s one of the reasons we have to be so careful how we describe things – we don’t want to sound like snake oil salesmen!

For that reason, we are going to take a deep dive into spring tech and give away as much as we are comfortable with to help those of you that are interested understand the different bits at play and how our suspension is both firmer and more comfortable than OE. Remember, we aren’t going to fully lay out the recipe, so we will be vague at times on purpose, and the data is not in absolute values. And of course, we still suggest that if there is someone local to you with MPP suspension and you’re thinking about it, it’s always a great idea to try to get a ride!

This article doesn’t cover anything about dampers, and dampers are more than half of the equation. A fast, responsive damper makes more of a difference than springs any day, so keep that in mind!

The first thing that needs to be understood is that OEM vehicles use bump rubbers in combination with your typical springs. These bump rubbers are designed to support the relatively soft springs. When lowering your car bump rubbers will be engaged all the time, to some degree. Even trimming the bump rubber has relatively little effect, as the part that is trimmed off is really just the “starter knub” of the device, and doesn’t add much to the spring rate, it just helps smooth the engagement. With that part trimmed off the car will be softer initially, but engage more harshly. To give some perspective, the part that is trimmed off can be easily totally squashed by hand!

So despite the fact that our suspension uses springs that are stiffer than OEM, the ride in many instances is softer than stock. The best way to illustrate this is by graphing the forces of both the OEM spring rate (shown as OE Spring below) and the bump rubber in combination (shown as OE Total below). We have measured the forces produced by the OEM bump rubber and created a rate curve – so this data is quite accurate.

Looking at the graph below, you can see the relative spring force compared to downward vehicle travel in inches (relative to an already mildly lowered Model 3). “Total” includes both the spring and the bump rubber. This is the best way to illustrate how when it comes from a spring perspective – the suspension can be firmer with small movements, yet softer with larger movements, while still having the bump rubber tuned to prevent the car from hitting the ground on massive potholes and bumps.

Softer yet less body roll? How can that be?

In the case of our comfort adjustable coilovers, they have less body roll than OEM despite having a softer effective spring rate. How can that be? Well, it’s quite simple – the suspension is only softer when it is being compressed.

This is called “jacking.” The car’s relative ride height increases while cornering, the center of gravity goes up, and it’s just all-around bad.

Here’s an example of this jacking effect happening in a picture from Top Gear. The outside of the car has compressed slightly, but there is a huge amount of upwards body roll from the inside of the car. This is occurring because the outside is now running at a firmer spring rate than the inside. As a result, when weight is transferred the inside goes up (as weight is removed from the spring) more than the outside goes down (as the bump rubber resists compressing more).

While the inside is lifting significantly, the outside will be prevented from compressing due to the bump rubber being engaged, and gaining stiffness the more it is compressed. This is not desirable for a number of reasons, but primarily because the suspension has less ability to smoothly absorb any road imperfections as it is already significantly engaging the bump rubber.

When the inside of the chassis is riding on very soft springs (in the case of dual-rate or progressive springs, the spring rate is now even softer than normal), the result is a tendency to wallow or feel “floaty.” This is especially a problem during transitions, or changing direction quickly.

Large sway-bars are a band-aid to this problem, as they help “pull” the inside of the car down, but at the cost of reduced independence from one side of the vehicle to the other.

Here is MPP suspension being tested in a fairly extreme scenario. R-Compound tires, comfort springs, and a vehicle loaded with 4 large adults! Observe how different the attitude of the car looks compared to the picture above. In this case, there was some bump rubber engagement AND this is with softer springs, so the amount of roll and relative jacking would be even less with the sports suspension.

And here is an AWD Performance Model 3 with our sports suspension. Cornering as flat as could be desired. This car has OEM anti-roll bars. Notice that there is no evidence of any jacking. Eric’s car is set to very reasonable ride height – it just looks low here because there isn’t any upwards jacking occurring!

Hopefully this helps to add clarity on our explanation of how our suspension is both firmer and flatter while being more comfortable than OEM. As mentioned before, this article is really just talking about the basics of spring rate and doesn’t take anything into consideration on the dampers, and the dampers are the real difference! It’s something that is so hard to explain or even measure, as the response of a damper – or how quickly it can absorb impacts without harshly transmitting force – is very hard to measure or show quantitatively. But it’s extremely easy to feel!

Stay safe out there my friends!