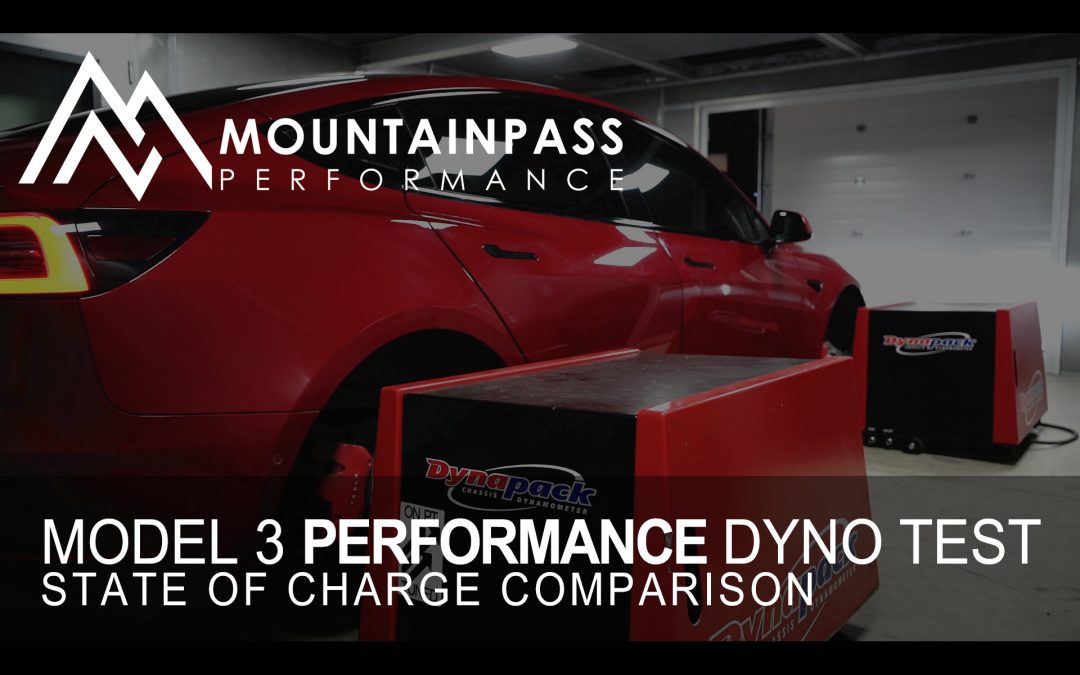 We finally got an AWD car on our dyno (thanks to our friend Shereef for lending us his P3D) and it was great to find that these cars will work with a Dynapack hub dyno without issue! After seeing the difference between the standard and long-range RWD Model 3, we were very interested to see how much power loss would occur relative to battery state of charge with the massive amount of power the P3D makes.

Unfortunately, we quickly found out that the car exceeds the limits of our dyno! The front pods of our dyno are able to absorb 2000Nm of torque, and this is just below what the front motor of the P3D puts out. After maxing out the dyno and getting the red screen of death a few times, I had to carefully ramp the power in at the start of the pull until the front motor went into field weakening, at which point it was possible to see the full power output. So when you’re looking at these graphs below, understand that the torque below field weakening (where the torque is flat) would have been slightly higher – around 5% more. The peak power would have also been slightly higher, close to 5%.

Any differences that show on the dyno graph in the “flat torque” region, specifically on the 45% SOC pull, are because I was slowly ramping my foot into the throttle, and not due to the battery state of charge. The torque would have been around 500lb-ft (4865lb-ft at the axles) on each run up until the field weakening point. If you’re not sure what field weakening is, read about it here!

As we suspected, as the battery SOC drops the power drops off significantly, far more than the RWD cars. This is because the voltage sag is significantly greater with the much larger amount of current being consumed by both motors.

The drop from 75% to 45% – a 30% drop in SOC (only 5% more than the example above) – results in a massive 64 horsepower difference! So it’s pretty clear that if you’re trying to put in some good times on the track, don’t bother unless your SOC is above 75%.

That being said, similar to the RWD Model 3, if you’re just talking about power below 70km/h (45mph), this remains fairly constant regardless of the battery state of charge.

You can watch the video below to hear the dyno pods scream in agony and also get some information about the torque split front to rear (it’s around 66% rear and 33% front). Check it out here: